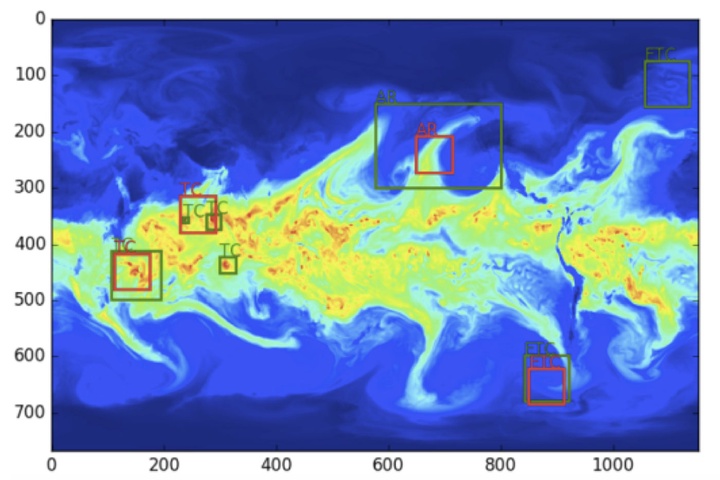 Image source:  Oreilly – A look at deep learning for science

“Turbulence was probably invented by the Devil on the seventh day of Creation when the Good Lord wasn’t looking.” Peter Bradshaw (1994)

The article mentions the publication by Ling et al. titled: “Reynolds averaged turbulence modelling using deep neural networks with embedded invariance“, as one of first to apply a true DNN architecture, specifically to Reynolds averaged Navier Stokes turbulence models. The paper by Ling et al. focuses on the fact demand for improved Reynolds-averaged Navier–Stokes (RANS) turbulence models that are informed by and can represent a richer set of turbulence physics, and the method they used to learn a model for the Reynolds stress anisotropy tensor from high-fidelity simulation data. The paper showed that the neural network architecture provided improved prediction accuracy  and significant improvement in comparison to baseline RANS linear eddy viscosity and nonlinear eddy viscosity, models.

In May 2017, Gamahara et al. published a paper in Physical Review Fluids titled: Searching for turbulence models by artificial neural network. The work  demonstrated the use of the artificial neural network (ANN) as a tool for finding a new subgrid model of the subgrid-scale (SGS) stress in large-eddy simulation. The paper concludes that the results confirm that the ANN is a promising tool for establishing a new subgrid model with further improvement.

These interesting research papers point to the growing importance of deep neural networks in the area of fluid dynamics and turbulence modeling. It was rightly said that by Peter Bradshaw that  “Turbulence was probably invented by the Devil on the seventh day of Creation when the Good Lord wasn’t looking.”  and maybe the advances in machine learning and neural networks, would provide at least some of the answers humans have been seeking for a long time.